Nick Cummings has raised over £2,000 in memory of his brother – by completely shaving off his 'lockdown hair'.

The area sales engineer, from Trentham, hadn't had a haircut in more than six months but finally 'braved the shave' at Il Capo Barbiere in Newcastle. In becoming completely bald he has raised £2,294 for North Staffs Mind, in memory of his brother Jackson.
Nick, said: "I've been thinking about Jack a lot during lockdown. Just before lockdown happened we had a memorial disco which raised more than one thousand pounds for North Staffs Mind.
"I wanted to do something to make sure they're getting enough funding to help people suffering the extra strain during this global pandemic, to help locally."

Nick vowed to grow his hair until enough funds were raised to have it cut by hairdresser Sophie Davies. He said, "My hair has always been a bit of a 'Samson' thing for me. Friends refer to me as 'Bouffant' and 'Curly-locks'. At college, I was nicknamed 'Quiff' and 'Rick', after Rick Astley.
"My hair has always been a bit all over the place, but it hadn't been this long for about 25 years."

The £2,294 from donations adds to more than £25,000 already raised in memory of popular DJ Jackson, who was also known as Fred Bear. Jackson was well-known as a DJ at The Sugarmill, Spode, Fat Cats, Blackfriars and The Old Brown Jug. His motto was 'Be excellent to each other' - a reference to the Bill and Ted films.
This motto has become the name of our drop-in support group for men aged 18+, which Nick's fundraising will help to fund. 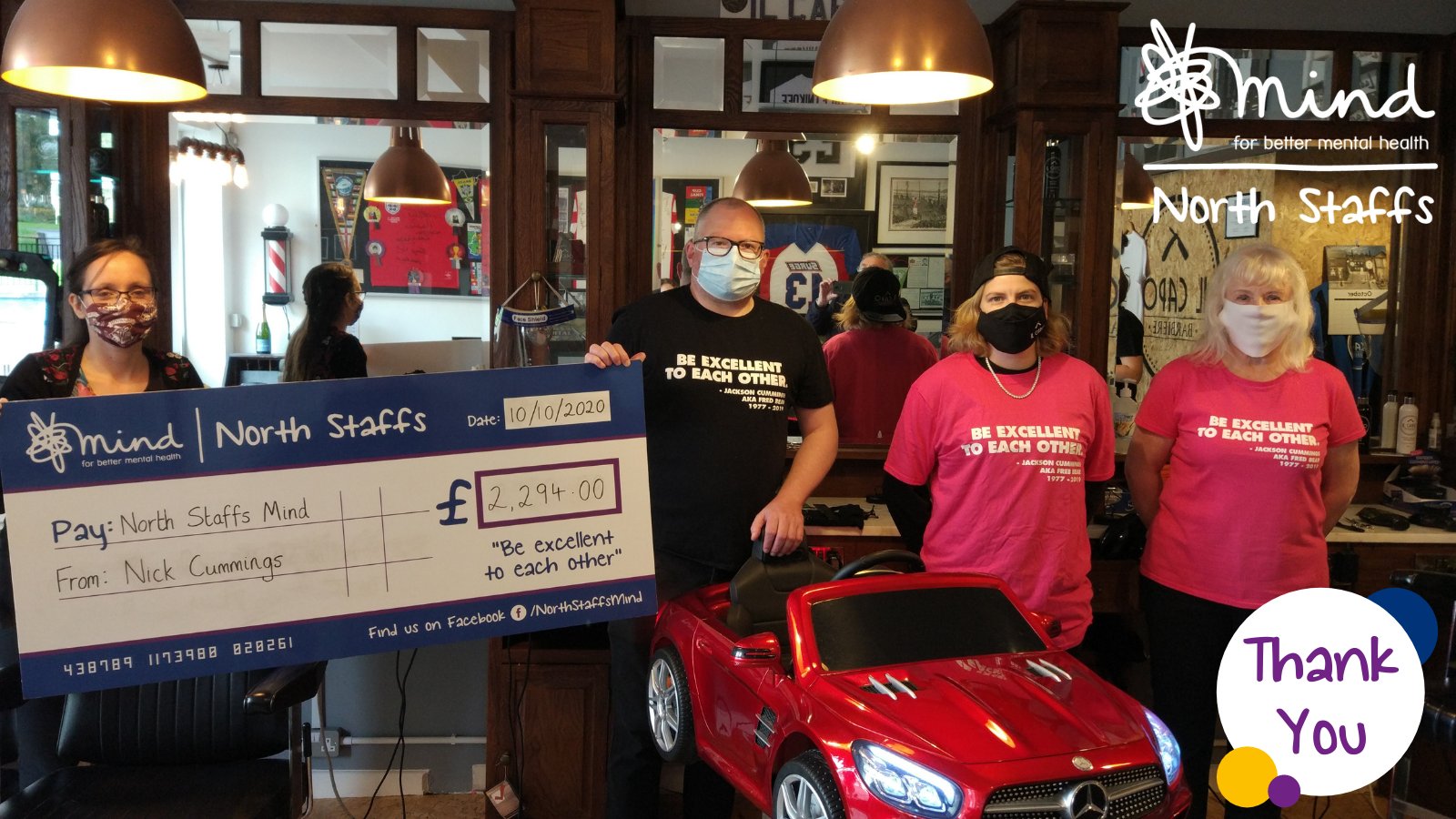