It's Time to Talk: Footballers Raise Awareness of Mental Health

Footballers have been urged to talk about their problems - as part of a new awareness campaign.  A cheque for £3,000 was handed over to North Staffs Mind from the Kieran Rutter Legacy Fund, following an awareness campaign led by Silverdale Athletic and Staffordshire FA.  It followed the sudden death of a Sunday league player last year.

Staffs FA chairman Gareth Thomas said: "The presentation was almost a year to the day since it happened.  The club got in touch with us and we got in touch with North Staffs Mind. They were really good. A number of players and officials needed help from them.  Now, what we have been trying to do is raise awareness of mental health issues and to support organisations like North Staffs Mind.  We know from the statistics that one in four adult males will suffer with mental health – we have got around 45,000 people involved in football locally, and there might be a lot of people among them who need a bit of help."

Paul Davies, aged 50, of Silverdale – a committee member at Silverdale Athletic - said: "There is going to be a memorial game in a couple of weeks. It was a big shock. It can happen to anyone.  So we have been trying to raise awareness and a few of our lads spoke to Mind. We have put notices up at the club and around the changing room doors, pushing the 'it's time to talk' message.  Staffs FA have been brilliant. They've put up information on their website. The more we can do to raise awareness the better.  I think there's still a stigma attached to mental health, but with it coming from football, young lads might be more likely to pick up the telephone and try to get help."

Karen Wilson, chief executive of North Staffs Mind, said: "We are extremely grateful for this generous donation which will have a significant impact on our work.  At North Staffs Mind we have been working with the local football community – from grass roots to our league clubs – to promote awareness and understanding of mental health amongst football fans.  We're focused on changing the conversation about mental health in sport with the aim of helping more people living with mental health problems to access the support they need".

The Kieran Rutter Legacy Fund was founded by Steve and Alicia Rutter, after they lost their son Kieran, who was killed in a car accident at the age of just 20 in 2015. 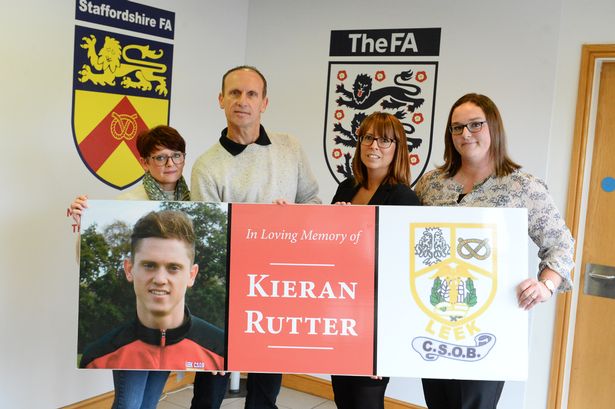 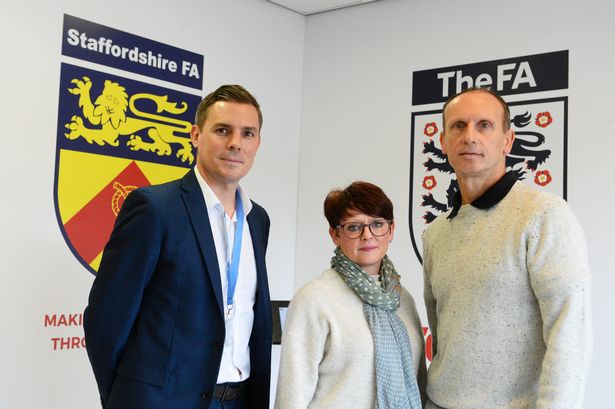 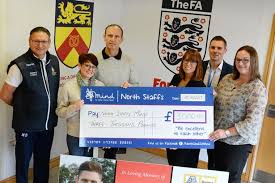